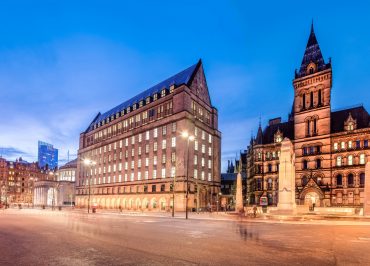 January has seen a significant increase in interest in Manchester property from Chinese investors as enthusiasm grows for the Northern Powerhouse.

This could have a real positive impact on the value of the local economy.  Read more below or go to: http://http://www.telegraph.co.uk/property/uk/chinese-investment-manchester-property-powers/

Chinese inquiries into Manchester property have jumped by more than 50pc as enthusiasm for the Northern Powerhouse continues to grow.

Juwai.com, an online property portal for Chinese buyers looking to invest in property abroad, said that in November, the number of Chinese inquiries into Manchester property was 53.8pc higher than the same month last year.

This came as Manchester Airport Group has doubled its estimate of the value to the local economy of direct flights from Beijing to Manchester, as Chinese investment in the Northern Powerhouse continues to increase.

It said that in 10 years the economic impact of Chinese visitors to the area will be worth £500m, up from £250m. This represents increased tourism spending, and does not include the effect on inward investment, jobs or infrastructure, which is even higher.

The flights have increased numbers of passengers, many of whom come to invest in the area.

The Manchester-China Forum, a group which promotes commercial ties between the two places, has estimated there was £2.1bn worth of development projects that has Chinese involvement in it in 2016.

One major deal signed this year was by Beijing Construction Engineering Group (BCEG), which will construct part of Middlewood Locks in Salford, which is worth £700m and will provide 2,215 rented homes. This year work also started on Airport City, worth £1bn, in which BCEG has a 20pc stake.

Mr Whalley said: “The property sector has been one of the most active recipients of growing connectivity between China and the UK”. Part of the reason for this growth is Manchester’s future growth, as it plans to add 227,000 homes and 200,000 jobs by 2035. It was also stimulated after President Xi Jinping toured Manchester in October 2015; in December a Chinese company bought the pub that he drank in.

Juwai.com also reported that there was a huge spike in Chinese investors’ interest in British property in the month after the vote to leave the European Union, with the number of inquiries 40pc higher than average. However, Mr Whalley added that Manchester “hasn’t seen what London has in terms of mass individual residential investments”.

We use cookies to ensure that we give you the best experience on our website. If you continue to use this site we will assume that you are happy with it. Ok